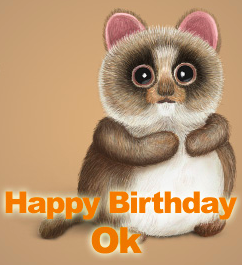 March 23, 1839 was the first time “OK” appeared in print — in The Boston Morning Post. It is thought it was a shortened version of the words “oll korrekt,” which was a jokey way of spelling “all correct.”

Etymologist Allen Walker Read tracked down this important information in the 1960s. He was a Columbia University professor, died in 2002, that had been interested all his life in OK, a man right up our alley — making dull interesting.

Other explanations of the origins of  OK, which have been rejected by the Oxford English Dictionary and other authorities,  are:

•  It came from the Choctaw word “okey,” which coincidentally means OK and is practically the same spelling as “okay.”

•  It had something to do with president Martin Van Buren, who was called Old Kinderhook.

Professor Allan Metcalf, today’s foremost “OK expert,” believes OK is America’s most successful export. “There’s no other word that is widely recognize through the world,” he tells Mo Rocca in the CBS News story “Time for a little Word History, OK?” There’s a fascinating interview of Professor Metcalf you can view in the article.

Another good article about OK, the source of some of the comments above, comes from India, which in itself illustrates the worldwide interest in “OK” — it’s in The Times of India, “Word lovers rejoice as OK celebrates 175 years.”

The article points out “Internationally, OK has travelled remarkably well on the wings of American popular culture — and found a niche in the digital era, fitting easily into 140-character Twitter and text messages.”