"Two Men in a Boat" — they survived 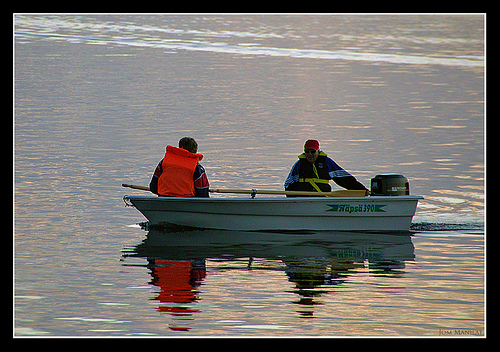 Reported in the Ecco:

Two men in a dinghy were almost left stranded after their engine failed in blustery conditions.

The men were just 50 yards off the beach at The Leas, Westcliff [east coast of England] when the dinghy’s engine cut out.

The RNLI [Royal National Lifeboat Institution] received a call at about 5.30pm on Friday but by the time they reached the scene the men had been able to restart the engine.

This is the kind of news we like to hear. A triumphal story.

It’s much better than the negative stuff that’s permeates much of the news.

We googled and found that the RNLI has been around for quite a while — it was founded in 1824.