One man's experience with "Fifty Shades of Grey" 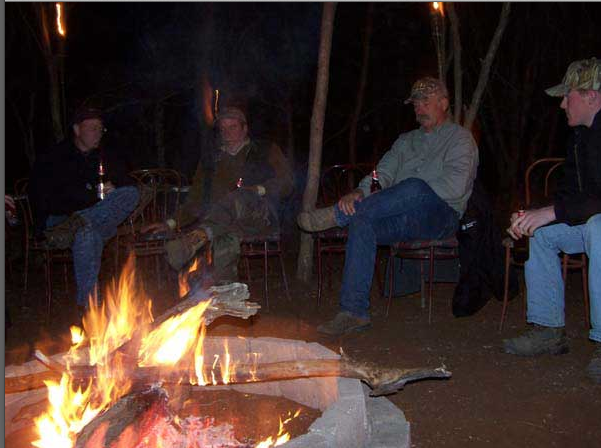 Shortly after I’d downloaded and played around with the new app Favorite Shades of Gray, I heard an nice story about the book Fifty Shades of Grey. I attach the story below. If confirms what I thought — the new app is much safer for us Dull Men than the book.

Four guys have been going to the same fishing trip for many years. Two days before the group is to leave, Ron’s wife puts her foot down and tells him he isn’t going.

Ron’s mates were really upset that he couldn’t go, but what could they do?

Two days later the three get to the camping site to find Ron sitting there with a tent set up,  firewood gathered, dinner cooking on the fire — and sitting down having a cold beer.

“Ron, how long you been here, and how did you talk your missus into letting you go?”

“Well, I’ve been here since last night.  Yesterday evening, I was sitting in my living room chair and my wife came up behind me and put her hands over my eyes and asked,  ‘Guess who?’”

“I pulled her hands off, and there she was, wearing a nightie. She took my hand and pulled me into our bedroom.”

“The room had candles and rose petals all over. Apparently she’s been reading Fifty Shades of Grey. On the bed she had handcuffs, and ropes [exclamation point removed] She told me to tie her up and cuff her to the bed, so I did.”

And then she said, “Do whatever you want.”

“So, here I am guys. Grab yourselves some beers.”