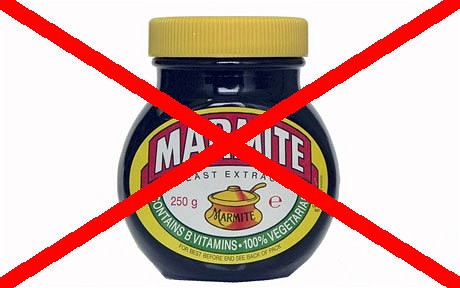 Like all decent dull Brits, I am mildly miffed by Denmark’s banning of Marmite.

In addition to its many other properties, Marmite has inspired a great deal of terrible poetry, some of which may be found here:

In case you are not familiar with Marmite, it is a peculiarly British product – a savoury brown spread that some of us like to put on our toast as an alternative to marmalade.  Marmite trades on its divisive appeal (“you either love it or hate it”), a phenomenon which inspires Sean O’Brien’s appreciative poem:

A subset of dull men will appreciate Marmite as it is less exciting than marmalade and more dependably invariable.  There are of course, many varieties of marmalade, including some that contain whisky (an occasional indulgence of mine).

At the risk of going on a bit, Denmark has no legal right to ban Marmite – but we can leave that one to the lawyers.