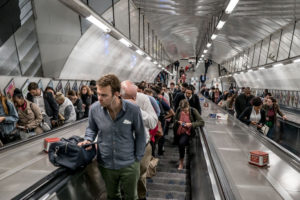 Although Brexit appears is dominating news in the UK, there are other things happening. One of these is of great interest to dull men: reforming escalator riding.

The words above on the subject line, which were on the front page of the International New York Times a few days ago, caught our attention. We like escalators; we don’t like radical ideas.

The subway operator, London Underground, has concluded that much of the left side of escalators goes unused. Up to now, escalator riders stand on the right, walk on the left: 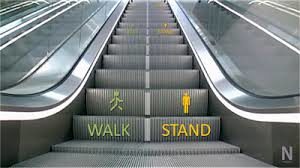 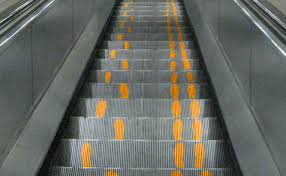 London Underground found that riding on both sides of the escalator results in a 30% reduction in  congestion — the long queues for escalators during rush hours. They are taking steps to put this into place.

We are not surprised at this. We’ve been wondering for some time now why people who want to walk don’t take the stairs instead of the escalators.

We mention this in our film Born to Be Mild, a 15-minute short doc on Aeon. Starting at the 11:00 point the film, Leland is enjoying a ride on the escalator at London’s Angle Tube Station, the UK’s longest escalator. He says “I don’t understand why people walk on escalators. If you’re going to walk, take the stairs. Leave the escalators alone for us who enjoy a pure escalator ride.” 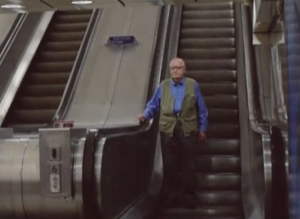 The INYT article: “A London Subway Experiment: Please Don’t Walk Up the Escalator“ 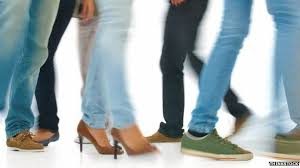 The article refers to “Britain’s long tradition of walking o the left.” But is there such a tradition?

It appears the answer is “no.” According to the article “Advice for foreigners on how Britons walk” in BBC News, Brits are “ambulatory anarchists.” They “recoil at legislation that might impact on their right to roam free n the public realm.” 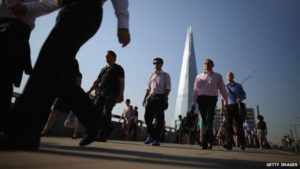