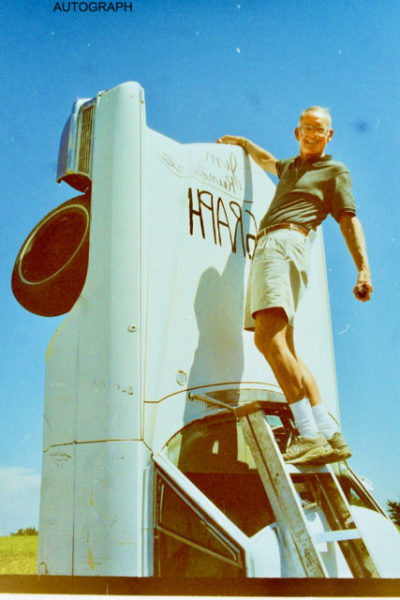 Jim heading up the 6-day construction of Carhenge

Jim took a seed he found on Wiltshire’s Salisbury Plain and planted it on his father’s farm, his boyhood home, on the plains of Western Nebraska near the town of Alliance. It became Carhenge.

The idea for this germinated in Jim’s mind when he was living in London and would show visitors around England. When at Stonehenge, the similarities of the terrain in Wiltshire and Western Nebraska got him thinking. “I became intrigued with the idea of doing something like that in Nebraska,” Jim said. “Instead of large, heavy, and awkward stones, it could be done with cars. Cars are lighter and have wheels.”

After high school, Jim joined in the Navy, attended the University of Nebraska, and ended up working for an oilfield services company, first in America and then at several overseas locations. His last posting before retiring was London. “One of the greatest cities in the world, the best assignment I had,” Jim says. He was there from 1975 to 1981.

Jim’s father died in 1982. At the reception following the funeral, Jim, his brother, sister, and other relatives realized how much they enjoyed being together. They decided to do something together again five years later.

Jim brought up his idea, by then an obsession, for Carhenge as something they could do then. It could be a memorial to their father as well as a fun thing to do as a team. They agreed.

In 1987, in time for the summer solstice, the team headed to Nebraska from all parts of the country driving and towing old cars for the project.

Jim prepared a map for 39 cars to be placed in the same positions and aligned with the sun the same as the 39 stones at Stonehenge are arranged. He had to-do lists for everyone.

By working practically around the clock, they finished on time for a dedication ceremony on summer solstice.

“I thought it would be short-lived, that it would probably turn into rust,” Jim said. “Instead, it became popular — 100,000 visitors a year — thanks to a group of local citizens, Friends of Carhenge, who saw its potential.” They arranged for Jim’s donation of it to the City of Alliance. It’s now operated by the city’s Parks and Recreation Department.

Jim says, “I’m pleased it turned out so well. It’s taken on a life of its own. It’s been very interesting for me to watch for the past 34 years.

Carhenge is open from dawn to dusk throughout the year. Free admission, donations welcomed. There’s a gift shop, The Pit Stop, open during the summer months.. 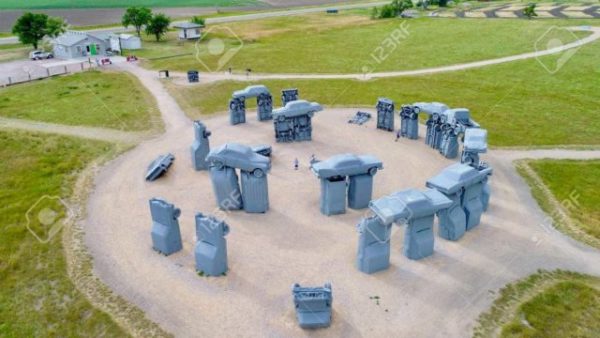 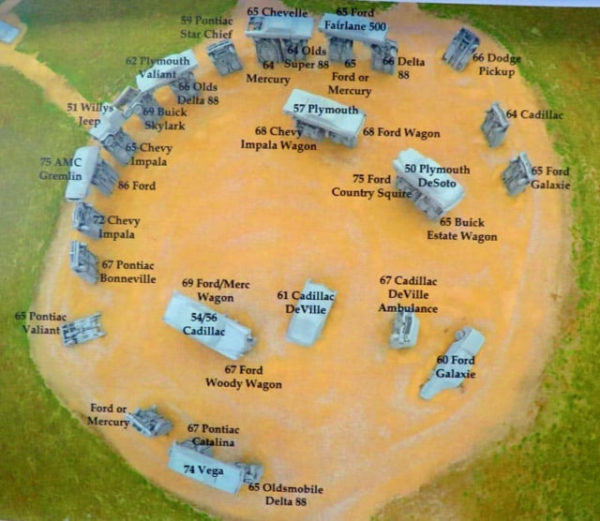 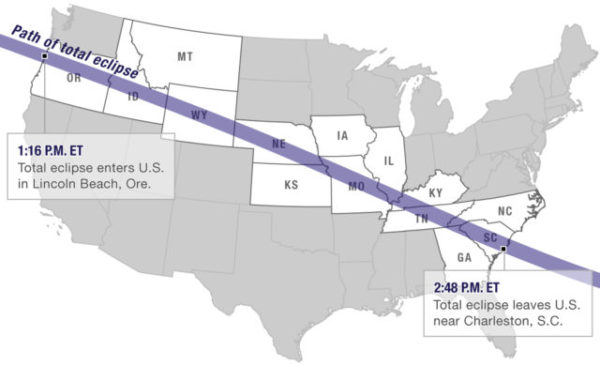 2017 Ecliopse: smack dab in the Path of Total Darkness 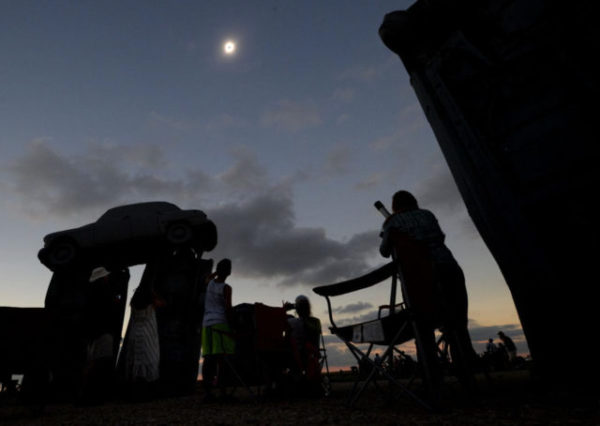 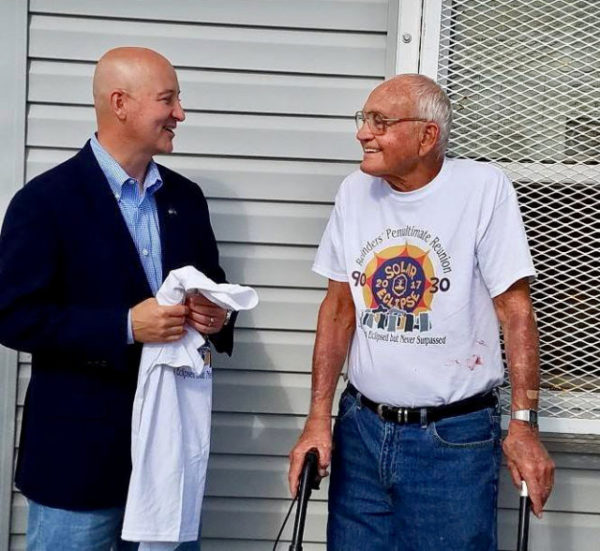 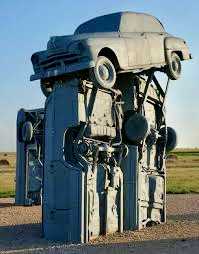 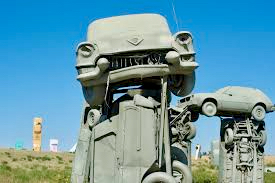 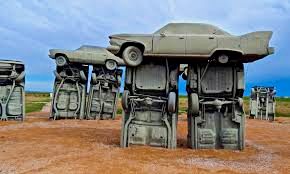 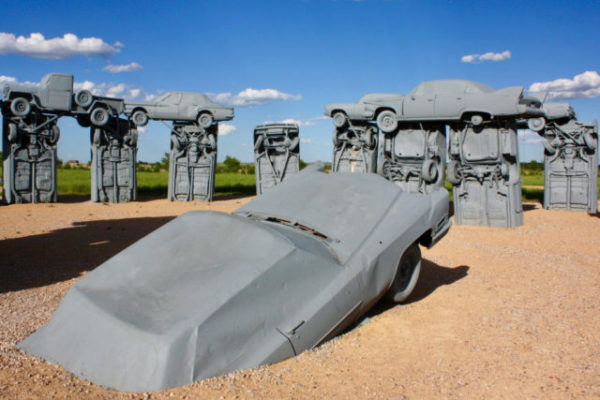 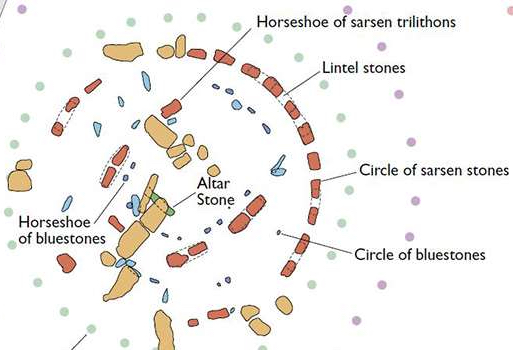