“Do we use too many exclamation points?” — asked Elmore Leonard 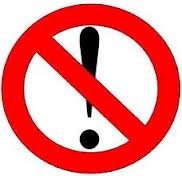 BBC News article August 21: “Elmore Leonard: ‘Do we use too many exclamation points?'”.

A pertinent question for us.

Of course we do.

Elmore Leonard, who died August 21 at the age of 87, didn’t like exclamation points.

Rule 5 in his article “Easy on the Adverbs, Exclamation Points and Especially Hooptedoodle” in Writers on Writing in the New York Times:

“Keep your exclamation points under control. You are allowed no more than two or three per 100,000 words of prose. If you have the knack of playing with exclaimers the way Tom Wolfe does, you can throw them in by the handful.”

Did you know there’s a word used to describes excessive use of exclamation points?  The word is “bangorrhia.”

We didn’t know this until we read the BBC article that points out that the Boston Globe wrote about the word in 2012: “Confessions of a serial exclamation pointer — the over use of exclmation points [exclmation point removed, not allowed on our website]” by Christopher Muther. 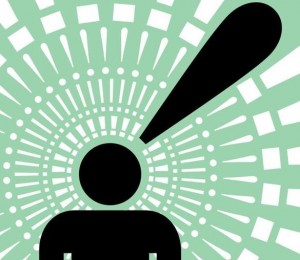 The phenomenon is nicely explain by a few points Muther makes:

•  “We began to notice an alarming increase in the number of exclamation points crammed into e-mails and text messages.”

•  “The problem was that nearly every e-mail I received ended with an overzealous ‘Thanks [exclamation point removed]’ e-mails.”

*  “This exclamation epidemic has become so dire that there’s now a name for it — the very unpleasant slang bangorrhea. Urban Dictionary goes a step further by calling bangorrhea a ‘grammedical’ condition.”

We wonder whether Elmore went to his grave aware of our website, a website he would have loved in at least one aspect — it’s free of exclamation points, probably the only website in the world that can say this.

“Exclamation points” or “exclamatin marks”? It seems to be “points” in the U.S., “marks” in the U.K. We don’t know why this is the case. If any one reading this knows, we’d love to hear from you.