Deutsche Welle TV, Germany’s equivalent of BBC World Service and CNN, made an early morning visit to  Stanfords’ flagship store in Covent Garden. They filmed us and “Dull Men of Great Britain—2015 Calrndar” along with Stanfords’ Managing Director Tony Maher.

Tony said they expect our calendar to be their #1 selling calendar this season. 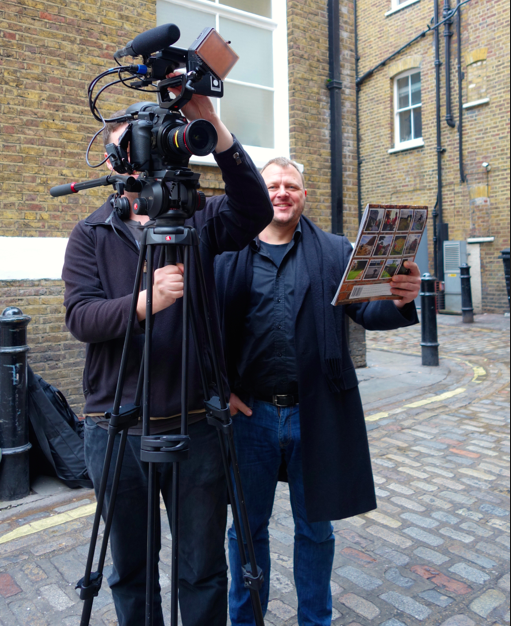 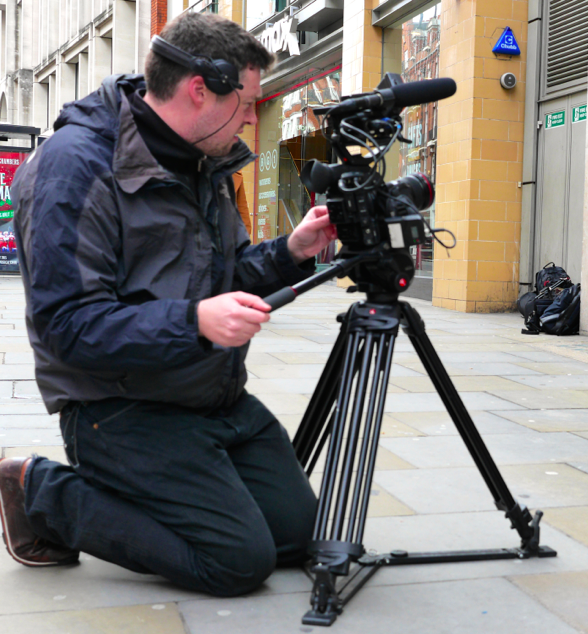 Managing Director Tony joined in on the photographing — shot this with his iPhone, then tweeted it: 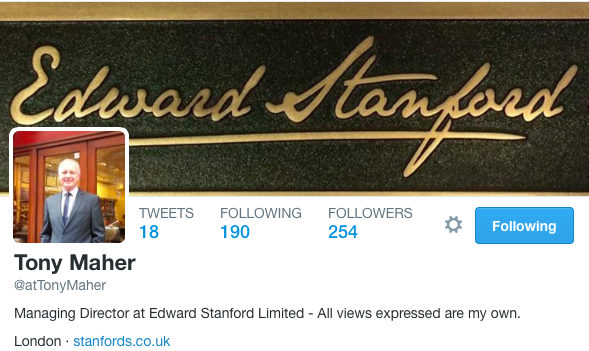 • “Why do people say Americans can’t do irony?”

In the afternoon DWTV filmed Hugh Barker, author of Hedge Britannia and Mr December in the calendar.

This morning DWTV drove up to Redditch (Worcestershire) to film Kevin Beresford, author of Roundabouts of Great Britain and Mr January in the calendar.

We understand it will be shown worldwide middle of next week.