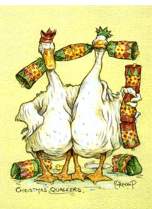 Where do sick gnomes go?

To the Elf Centre

What do you give a man who has everything?

How do you make an apple puff?

Chase it around the garden

What type of room has no windows or doors?

What did the policeman say to his stomach?

You’re under a vest

What is an underground train full of professors called?

A tube of smarties