Humor Hurts? – – laughter might not be best medicine according to British Medical Journal 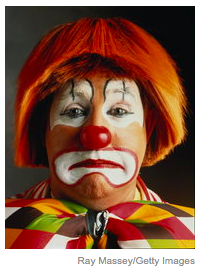 The New York Times reports in “Who Says Laugher’s the Best Medicine?” on the harmful effects from laughter. This news comes to us just in time to avoid dangers from holiday cheer.

We in the Dull Men’s Club are particularly concerned about this. We are hoping that laughter evoked by the Christmas Crackers we enjoy so much will be mild enough to avoid these dangers.

The dangers are reported on in the British Medical Journal article “Laughter and MIRTH (Methodical Investigation of Risibility, Therapeutic, and Harmful).”  The article is based on 5,000 studies of the relationship between laugher and health.

The British Medical Journal had not addressed laughter in a serious manner since 1898. It published a case study about heart failure in a 13-year-old girl produced by prolonged laugher in 1898.

In 1889, the journal published an editorial dismissing an Italian doctor’s suggest that telling jokes could cure bronchitis as being merely “gelototherapy.”

Another earlier medical work on laugher and health was Sigmund Freud’s Wit and Its Relation to the Unconscious. It is regarded as one of the dullest academic works of all time. This should not come as a surprise — it is well-known, in the English-speaking world anyhow, that a joke in German is no laughing matter.