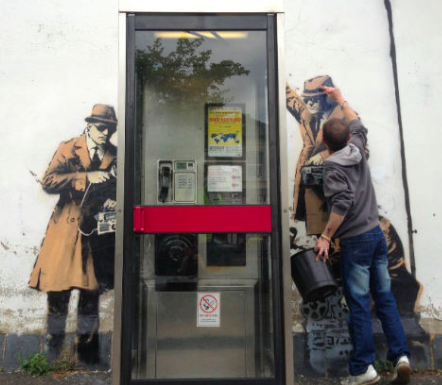 A stay of execution has been granted to campaigners fighting to save Cheltenham’s Banksy mural.

The artwork — “Spy Booth” depicting men snooping on a telephone box on Hewlett Road — has attracted hordes of visitors since it appeared on 13 April.
Wednesday last week a scaffolding company erected around it. They said it was being sold. An outcry from local resents erupted. 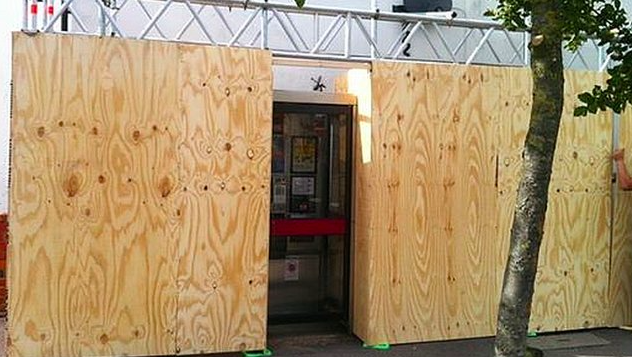 According to rumors it was to go on sale at a London Art Gallery on 4 July.
Local residents and eventually the Gloustershire Constabulary were guarding it to prevent the removal.