Are these turtles cheating? 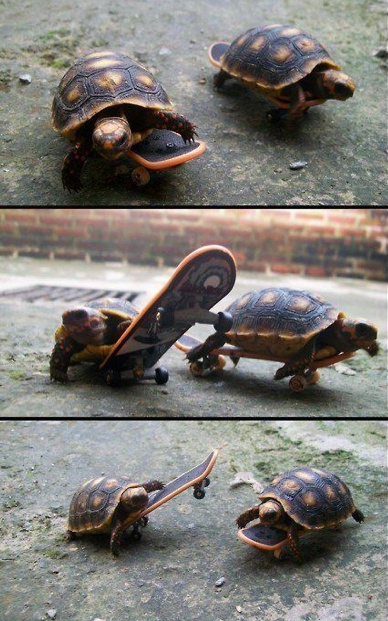 For over 30 years, turtle races have been held at Brennan’s Pub in Marina Del Rey, California.

The first Terrapin Derby at Miller’s 101 Ranch in Kay County, Okalahoma in 1924. (A terrapin is a small turtle that if found in certain parts of the U.S.) Colonel Joe C. Miller came up with the idea while watching three terrains crawling fast across his dirt yard to get out of the sun. Col. Joe organized them into races. The races grew, eventually thousand of turtles entered. Prize money reached into the thousands of dollars, but sums in those days.

These races ended in 1931 when the Post Office Department ruled that the derby was a lottery and banned advertising of it through the mail. That, coupled with the hard time of the depression years, put an end of the derby.