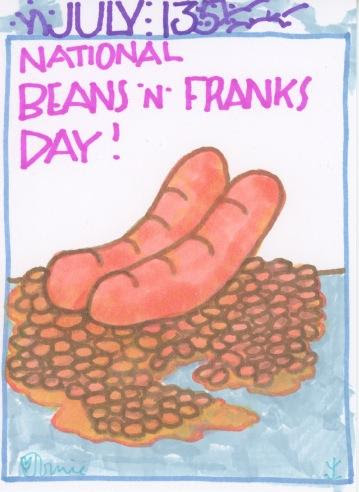 High on the list of comfort foods for dullsters, Quick and easy to prepare.

Simply open a can of Beanee Weenees. Some of us like more weenees, which are easy to add. 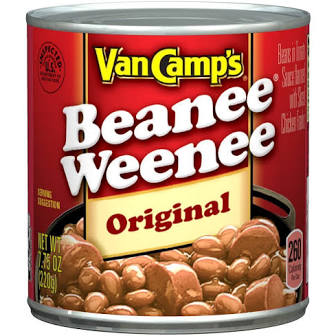 You can start from scratch and open a can of baked beans instead of Beanee Weenees. Then chop up and add hotdogs.

Ketsup goes good with this dish.

The dish is thought to have originated during the taming of the West. Beans were convenient to transport in the chuckwagons. There’s evidence it was a staple of soldiers during the Civil War. Back in those days, it’s likely it was pork & beans as hotdogs came into prominence later.

“National Beans ‘N’ Franks Day History: Know its origin, meaning & how it is celebrated” in