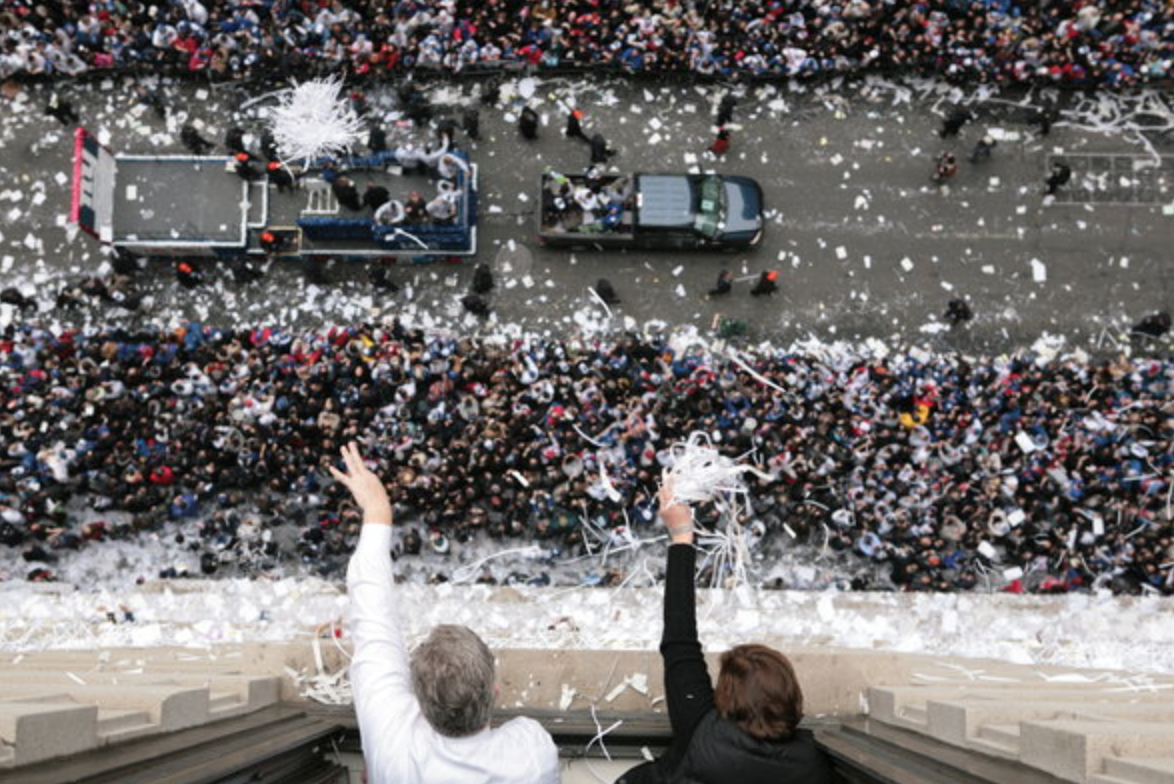 Today’s parade of the US Women’s Soccer Team in the Canyon of Heroes in Downtown Manhattan is called a Tickertape Parade. But ticker tape is no longer available in our digital age. Instead the parade uses confetti.

How and where do parade watchers get their confetti? The New York Times supplies the answers for us. The Downtown Alliance, a neighborhood business association that helps organize the parade, supplies the confetti. They drop off bags of it along the parade route. A lot of paper is used in these parades, over 30 tons of it.

Tickertape was first used in 1886 in a parade celebrating the arrival of the Statue of Liberty. It appeared spontaneously — spools of ticker tape began unfurling out of windows.