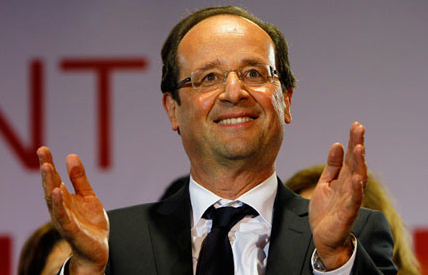 News articles about Hollande’s victory Sunday reiterate what we’ve been commenting on over the past year — that he’s one of us.

From the New York Times — headline “In French Race, the Tortoise Sets His Own Pace”:

“Mr. Hollande is a fine example of the virtues of the tortoise, not the hare; the ant, not the grasshopper. He has shown diligence, patience and quiet calculation in rising to lead . . . .”

From the Wall Street Journal — headline “France Elevates a “Normal” Candidate in Hollande”:

“Francois Hollande crisscrossed France in his yearlong campaign, telling anybody who would listen why they should elect him president : because he is a normal man.”

For earlier posts on our blog about Hollande, click here.