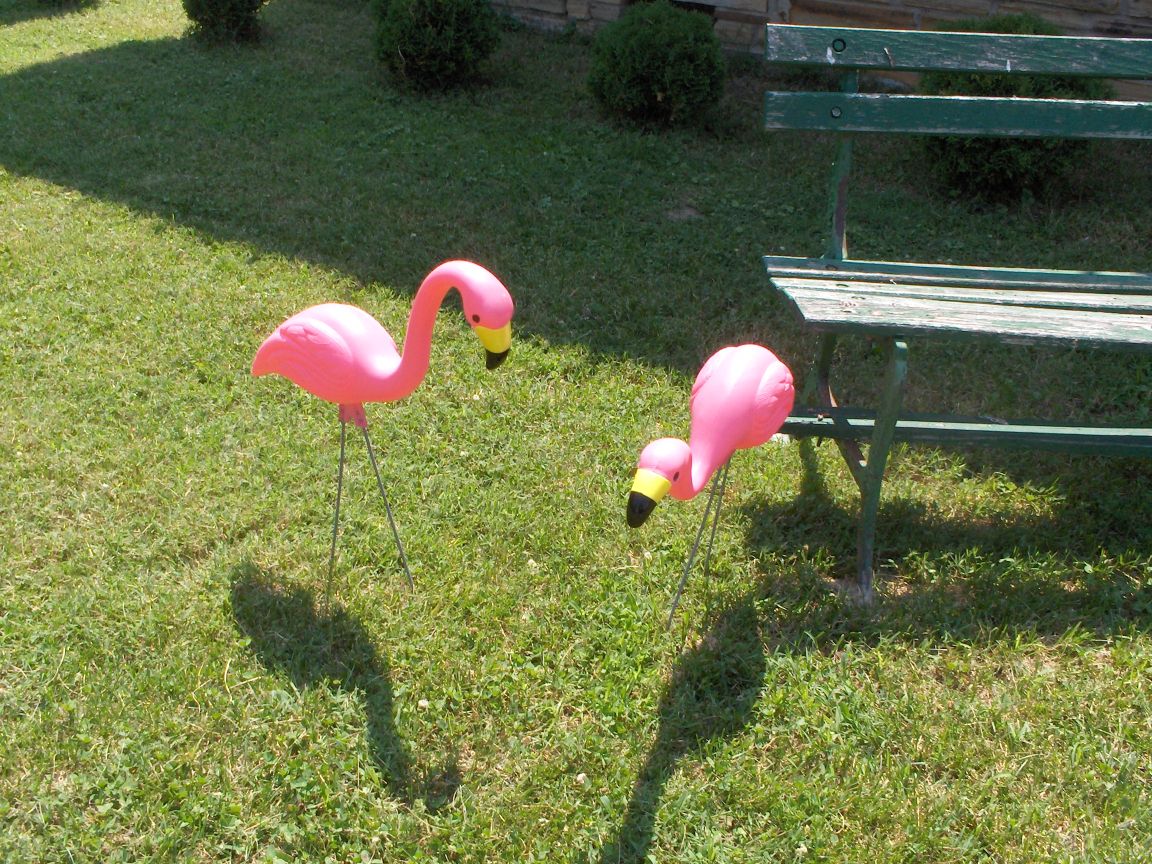 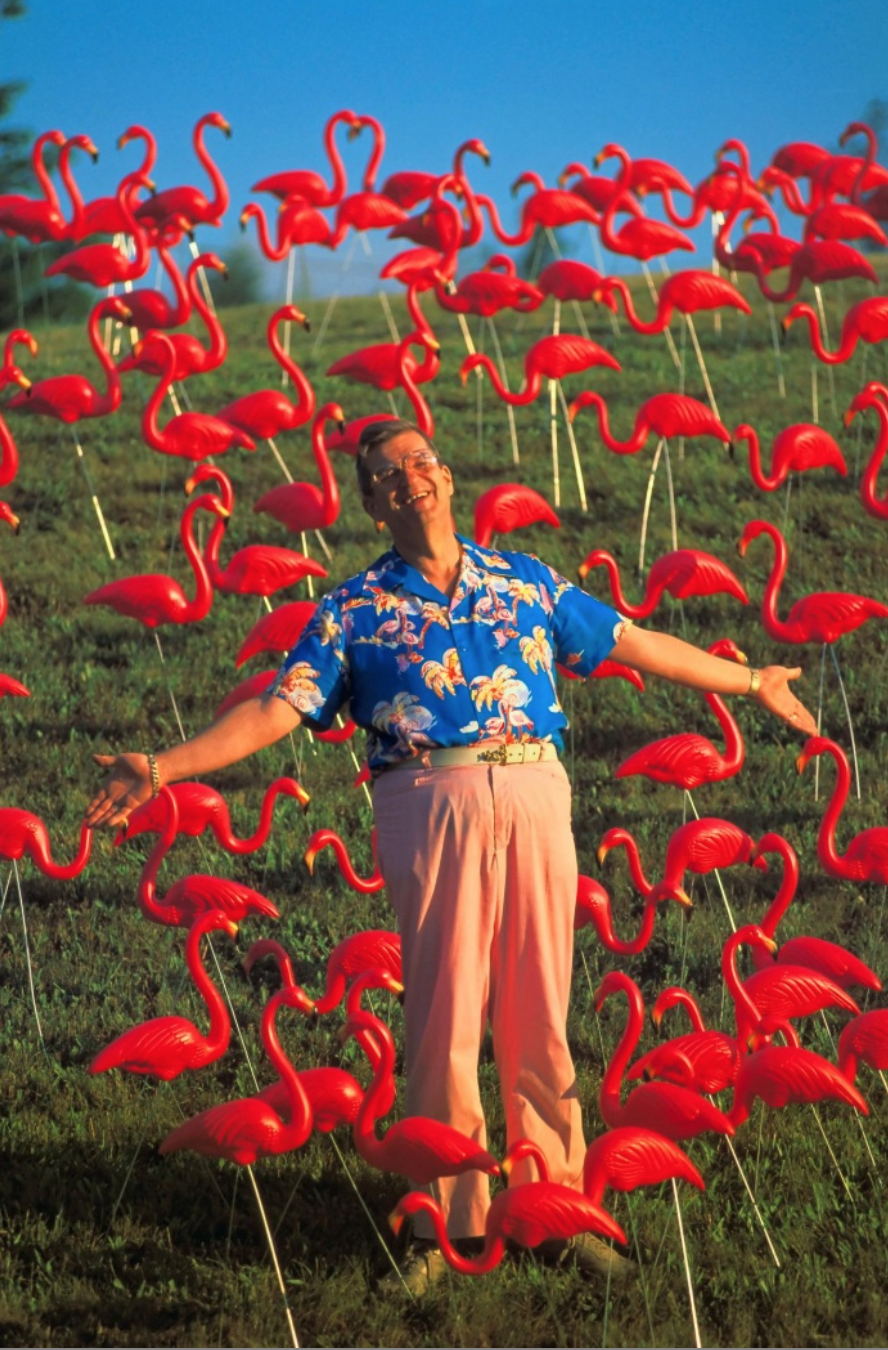 Don Featherstone, creator of  the lovely plastic pink flamingos — phoenicopterus ruber plasticus — that grace many lawns died recently at his home in Fitchburg, Massachusetts. He was 79. He had Lewy body dementia.

He created a male/female pair of pink flamingos in 1957. He based them on flamingos in a National Geographic article “Ballerinas n Pink.” One has its head erect and the other looking down.

Millions were sold. A leading reason for buying them was to add flair to humdrum suburban landscapes. Although we dull men generally like humdrum, we can tolerate flair added by pink flamingos.

He designed more than 600 plastic ornaments. The flamingo was the most successful. In 1997 on their 40th anniversary he was asked why the long-lasting appeal. He said, ”I wish the hell I knew because I’d do it again.”

Obit in the Los Angeles Times: “Don Featherstone dies at 79; creator of the plastic pink flamingo” 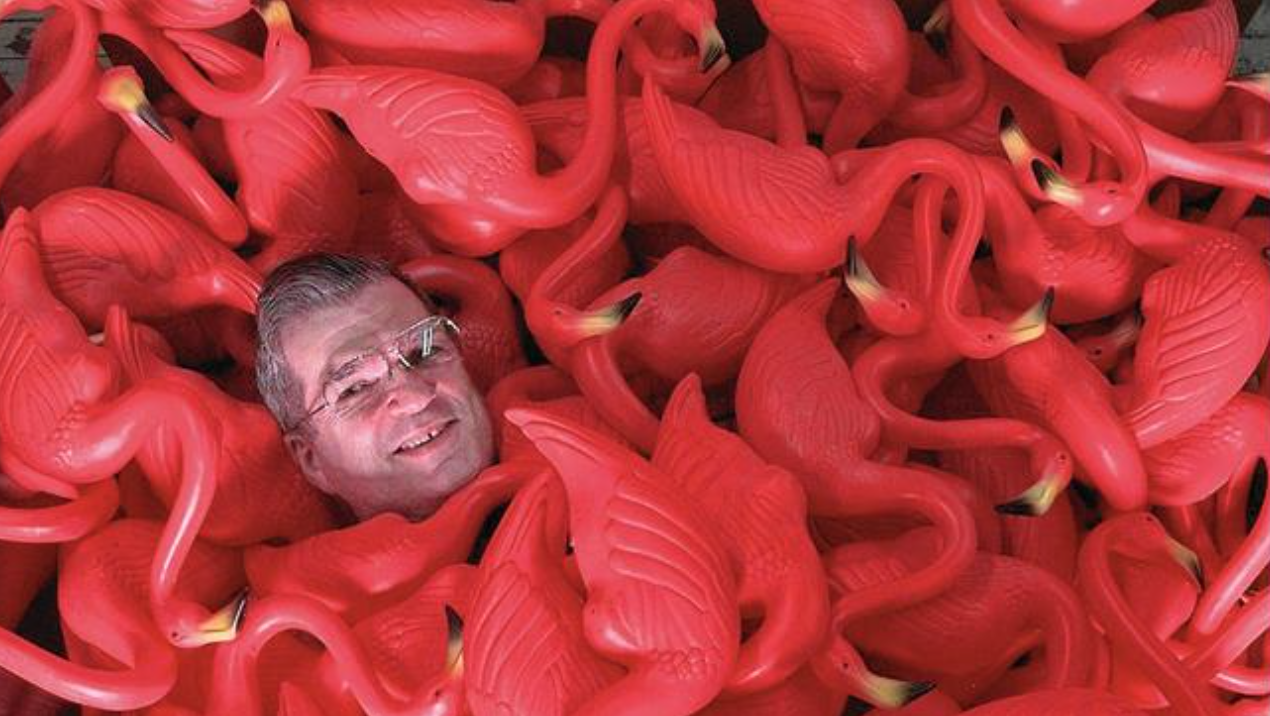