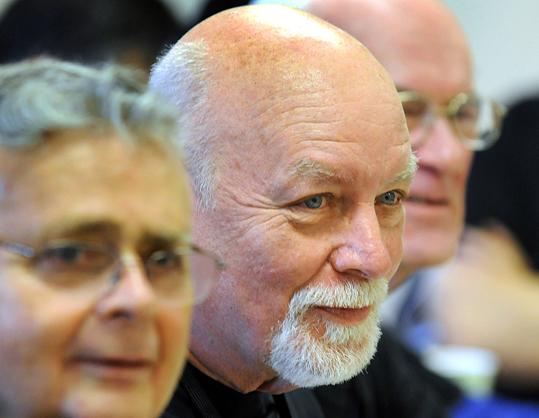 Members of the Pembroke DMC continue to do stuff that delights readers.

The Boston Globe reports on one of their meetings: http://www.boston.com/news/local/massachusetts/2012/10/17/dull-men-club-celebrates-the-ordinary-pembroke/1k8y9FiOYIOgBeo49gZzbM/story.html

A great joke told at the meeting is included in the article:

“One member launched into an amusing story about a drug test that took place at his place of work. He said one of his colleagues refused to urinate in the plastic cup and instead filled it with apple juice. Later on, when the nurse approached the colleague, he grabbed the cup back from her and said, “Here, let me put it through again [exclamation point removed]” He put the cup to his lips, tipped it back, and drank it, as the nurse looked on in horror.”