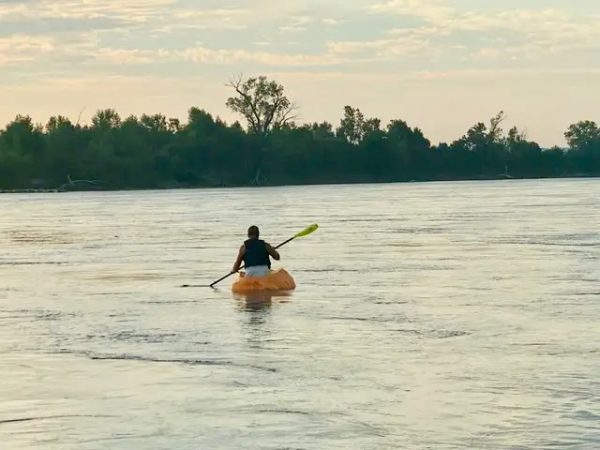 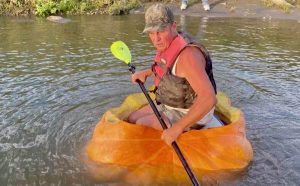 On his 60th birthday he travelled down the Missouri river in his pumpkin and set a new world record. 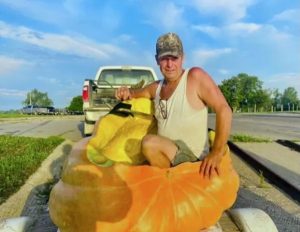 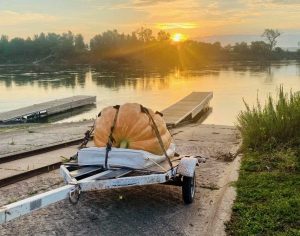 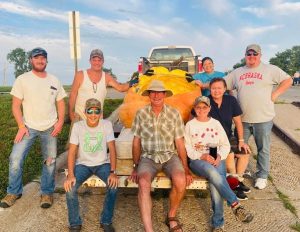 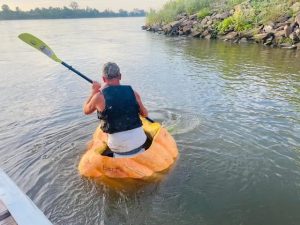 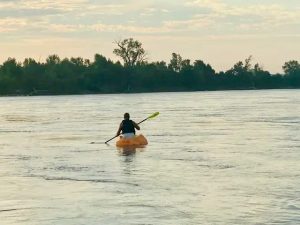 Yahoo — “Man breaks world record for floating down a river in a pumpkin: ‘Gourdspeed’”