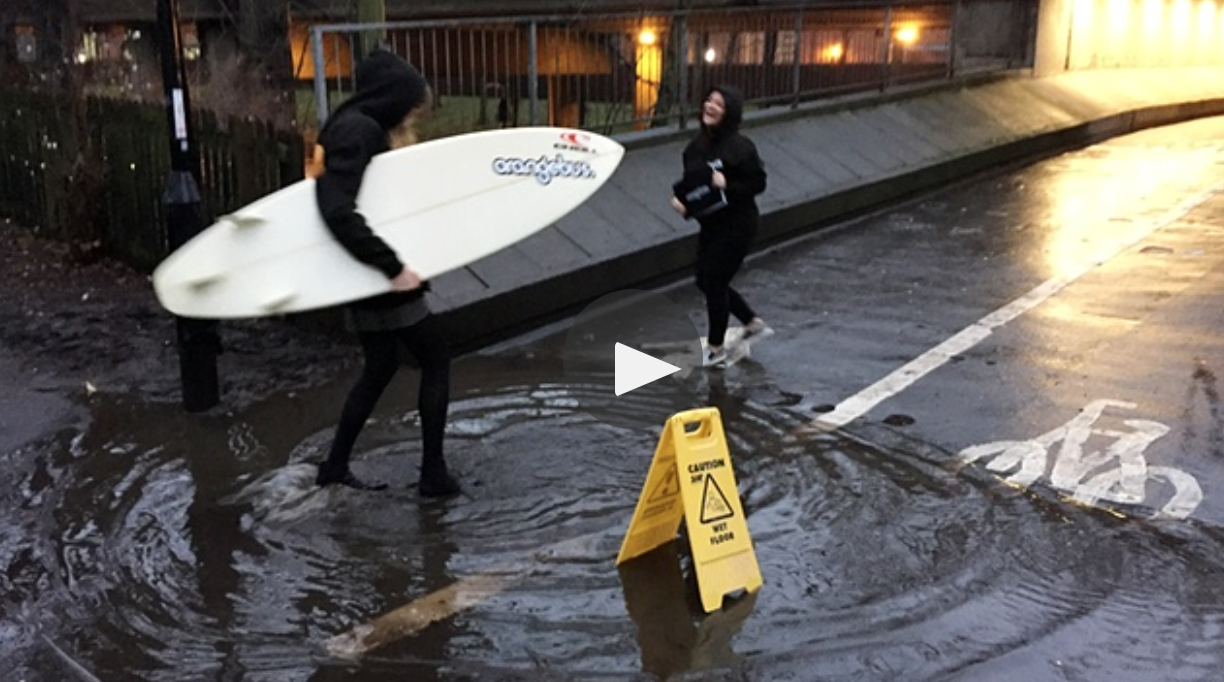 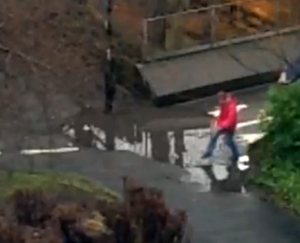 Had enough of watching paint dry? Then go to Newcastle upon Tyne where watching people deal with a puddle has become a spectator sport.

The puddle blocks a pathway in the city centre on the way from Jesmond station to the centre of Newcastle.

Richard Rippon, when watching out his office window at the marketing agency Drummond Central, became fascinated by the different ways people were doing this. He began filming and streaming it. Newcastle’s puddle watching is now being watched worldwide. Viewers are gripped.

Numerous ways to keep feet dry are attempted. Some try to leap over the puddle. Others try tiptoeing around the edges. “Some people are Jesus-walking across it,” Richard said.

“It is a truly captivating spectacle and has brought British office workers to a standstill.” reports the Guardian. “It is just genuinely hilarious,” an office worker tells BBC Newsbreak. 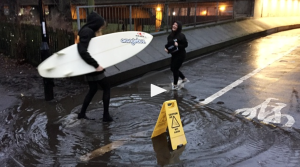 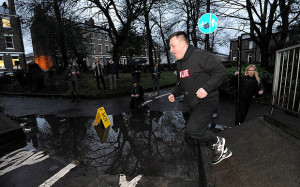 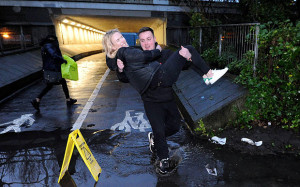 •   “#DrummondPuddleWatch: Why has a puddle in Newcastle become an internet sensation? in the Telegraph