DMC BBQ in Massachusetts – in the news 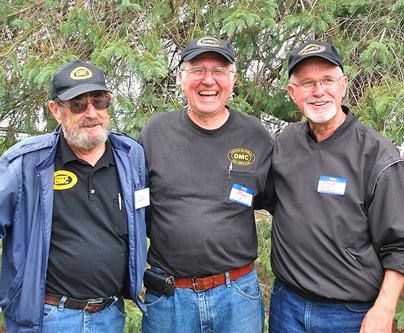 Adults in charge of the three DMCs in Massachusetts as shown in the Community Advocate
Al Radin–Pembroke, Bill Harrington–Southborough, Bernie Gillon–Northborough

You wouldn’t expect surf and turf, would you? You’re right. The BBQ’s menu was in line with the DMC’s “Celebrating the Ordinary” motto: hamburger and hotdogs  — when the DMCs in Massachusetts got together for the first time, 40 men  from Pembroke, Southborough, and Northborough.

There was as much laughter as there is at their local weekly meetings. At these meetings, a key requirement for membership is a good sense of humor, especially an ability to laugh at yourself.

“We never thought something like this would ever happen with three groups of the DMC,” Al Radin from Pembroke said. “A lot of guys just stay home and don’t know what to do with themselves. This gives them a chance to go out kick back and participate.”

“I’d love to see this get-together develop into more unity among the groups,” Dick Nickerson, also from Pembroke, said. “It would strengthen and help each group.”

You can read more in “Northborough joins Southborough for Dull Men’s Club BBQ” by Ed Karvoski in the Community Advocate.

“Born to Be Mild” 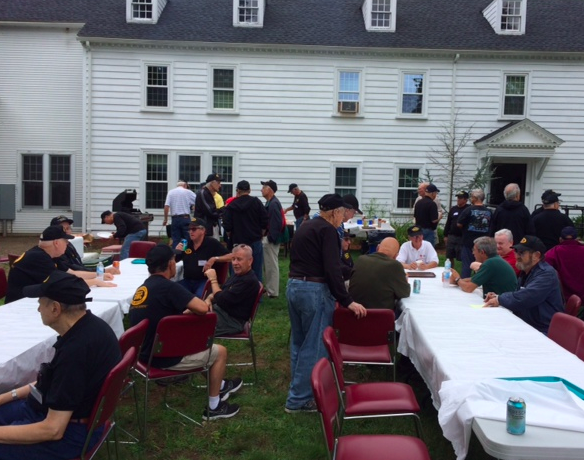