Fitting for today, July 4 Independence Day, is a drawing “Cell phone privacy” by Jack Ohman in The Sacramento Bee that shows how prescient Ben Franklin was: 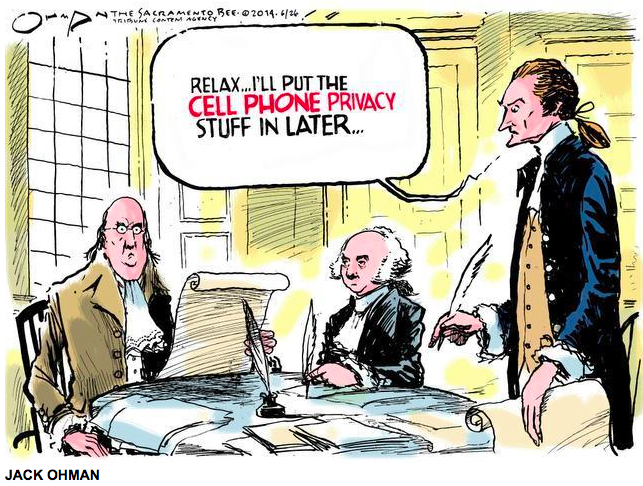 Franklin is one of our heroes. As explained in an article “9 Successful Characteristics Embodied by Ben Franklin” by Alli Page in Lifehacker he was:

•  Champion of the common man

•  Learned how to prioritize his time

We think of Franklin every January 26, the anniversary of a letter Franklin sent to his daughter in which he explains why a turkey is an admirable bird whereas an eagle is not. It’s on our calendar “Ben Franklin wanted turkey instead of eagle for national bird.”