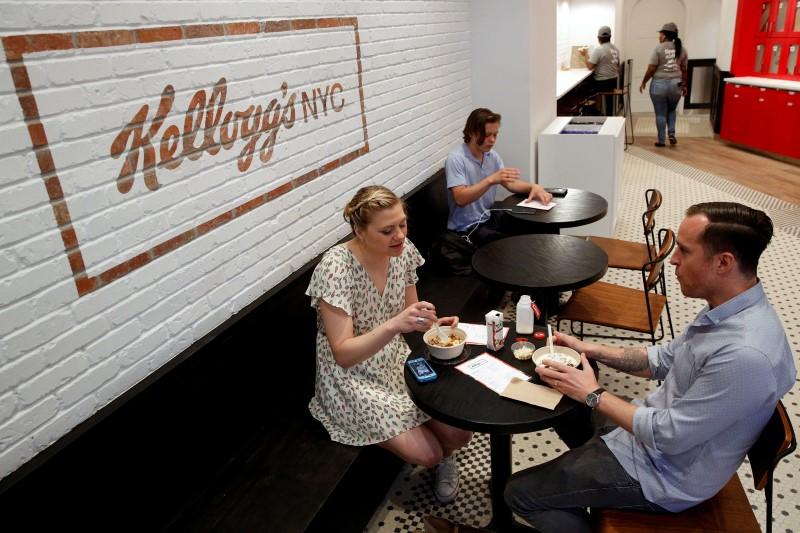 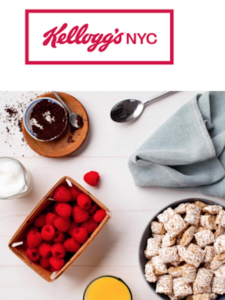 Kellogg’s NYC, the first cereal cafe in America, opened on Times Square on the 4th of July. Not with a bang — instead it was snap, crackle & pop. 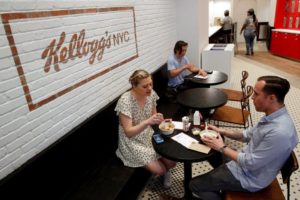 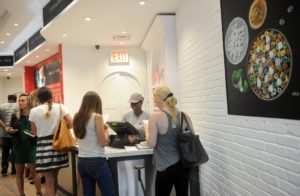 A bowl of cereal at the cafe will cost between $6.50 and $7.50. It can be eaten in or taken out. The cafe plans to launch a delivery service later this year. 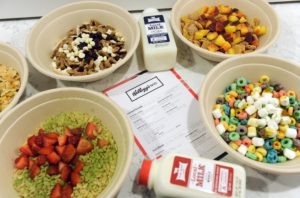 Kellogg’s is hoping the new cafe will attract millennials who like cereal but prefer it in the form of breakfast bars, that washing cereal bowls is too much of a bother. At Kellogg’s NYC, they wash the bowls for you. 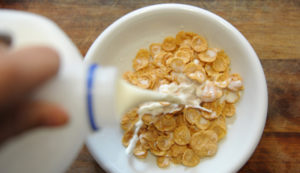 But they won’t pour the milk. It’s left to customers to set their own levels of sogginess. “I’m not going to mess with your milk,” said the cafe’s manager. “That is such a personal thing.” 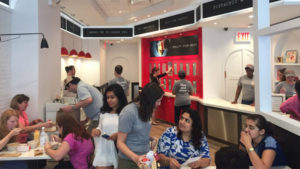 Another reason for dull men to visit NYC

Now that there’s Kellogg’s NYC, there one more reason for dull men to visit New York. Other attractions in the city are the wooden escalators from the 1920s at Macy’s, sitting on the many wonderful park benches in Central Park, and viewing Manhattanhenge (NYC’s equivalent  of Stonehenge). 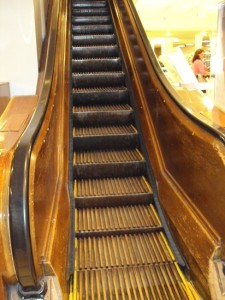 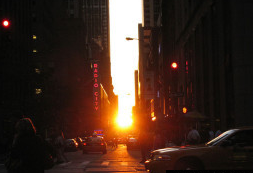 A good place for a romantic dinner date, at least for a dull man? Perhaps someday Kellogg’s NYC will expand to include a feature like this. 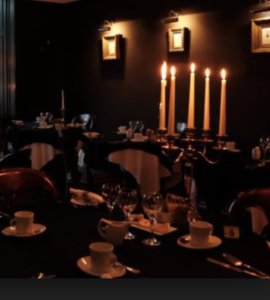 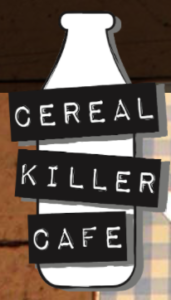 London has two cereal cafes — Cereal Killer Cafe — 120 types of cereal from around the world — plus 30 varieties of milk and 20 kinds of toppings. 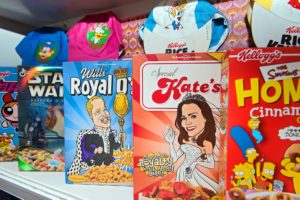 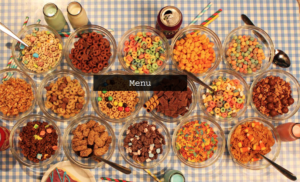 “At Kellogg’s NYC, All We Need Is the Cast of Seinfeld” — Parade