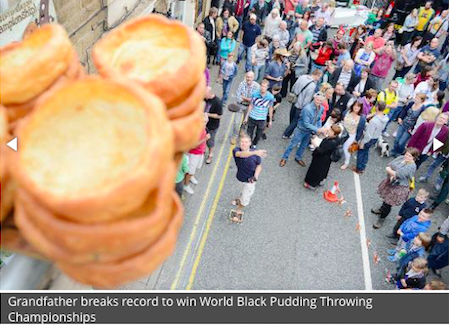 The practice of pudding throwing dates back to 1455 when warring factions of the House of Lancaster and the House of York met for battle in Stubbins.

The winner was 63-year-old John Barrett who knocked down ten Yorkshirers. This was his first time competing in the event.

John beat a two-time former champion who held the record of nine pudds, Huseyin Ozluk, who also happenss to be John’s his son-in-law, thus keeping it in the family. 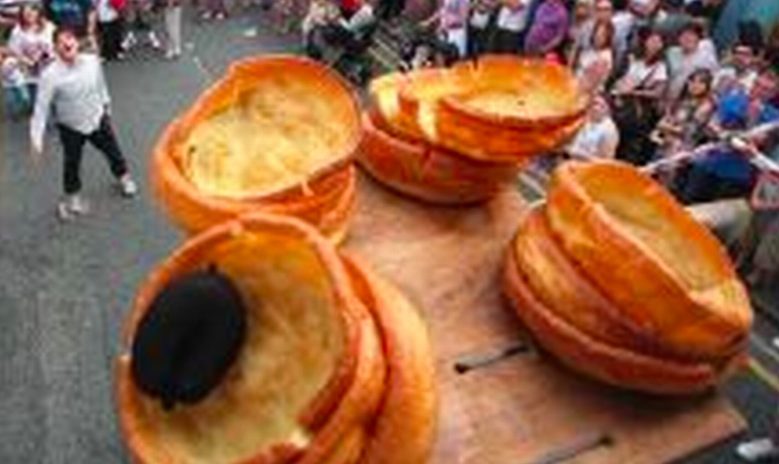 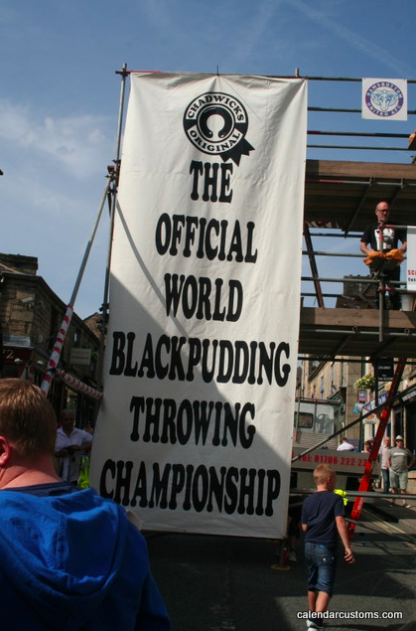