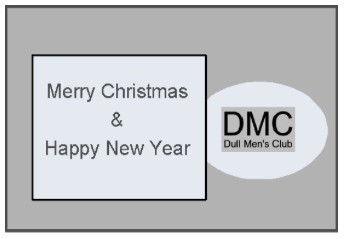 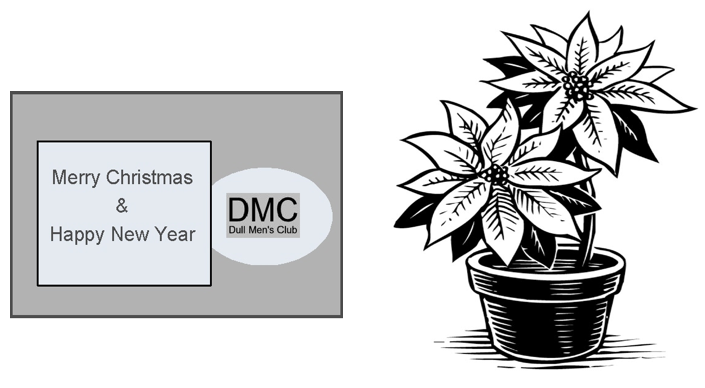 Our Christmas card posted yesterday — the card showing snowmen on an airport luggage carousel — received many positive responses, many readers liked it.

There were a few complaints, however. So we’re posting a second one, one that’s dulled down.

One of the complaints about the first card is it’s colors are too exciting for dull men. The second card removes that concern: it’s  gray and black [“grey” in the UK].

The National Society for Prevention of Cruelty to Snowmen complained that snowmen should be left outside where it’s cold, not inside on a carousel they will melt. The second card eliminates that concern as has no snowmen on it.

Another complaint was that the card should be animated; it should should the snowmen rotating around on the carousel. The absence of snowmen on the second card removes this concern. Also, if aninmated, as there is no carousel we stear clear of the complex decision of whether the carousel should rotate clockwise or counterclockwise [“anticlockwise” in the UK].