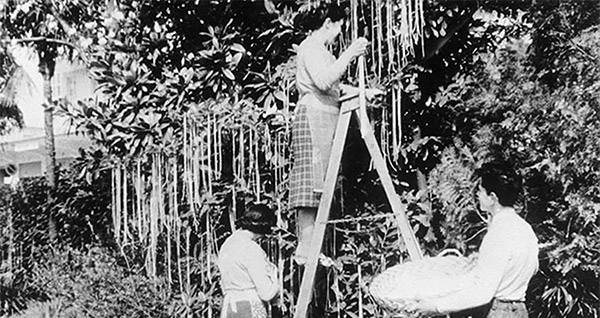 This was when Italian dishes were not widely available in the U.K. Some Brits did not know spaghetti is a pasta made from wheat flour and water.

You can watch this harvesting now on YouTube: https://www.youtube.com/watch?v=27ugSKW4-QQ

It’s in the Museum of Hoaxes: http://www.museumofhoaxes.com/hoax/archive/permalink/the_swiss_spaghetti_harvest