Pancake Day Around the World

Pancake Day in Liberal, Kansas and Elsewhere Around the World

Pancake Day is not only a big day a Pancake Race in Olney. It is celebrated throughout the U.K. as well as around the world, especially in Liberal, Kansas — here’s its website: http://www.pancakeday.net.

Liberal is twined with Olney. The two towns compete every year for the International Title of the joint pancake race. They’ve done this for 63 years.

Last year, Olney won. This was accomplished by Devon Bryne who ran the course in 58.5 seconds. He’s only 18 years old. He has a big future ahead of him.

Overall, Liberal is ahead of Olney. Liberal 36 wins, Olney 26 wins. The 1980 race did not count as a media truck blocked the finish line in Olney.

As for the U.K., one of our members was surprised, and pleased, yesterday to see this little display at the petrol station next to the Middle Wallop Army Air Corps Base in Hampshire: 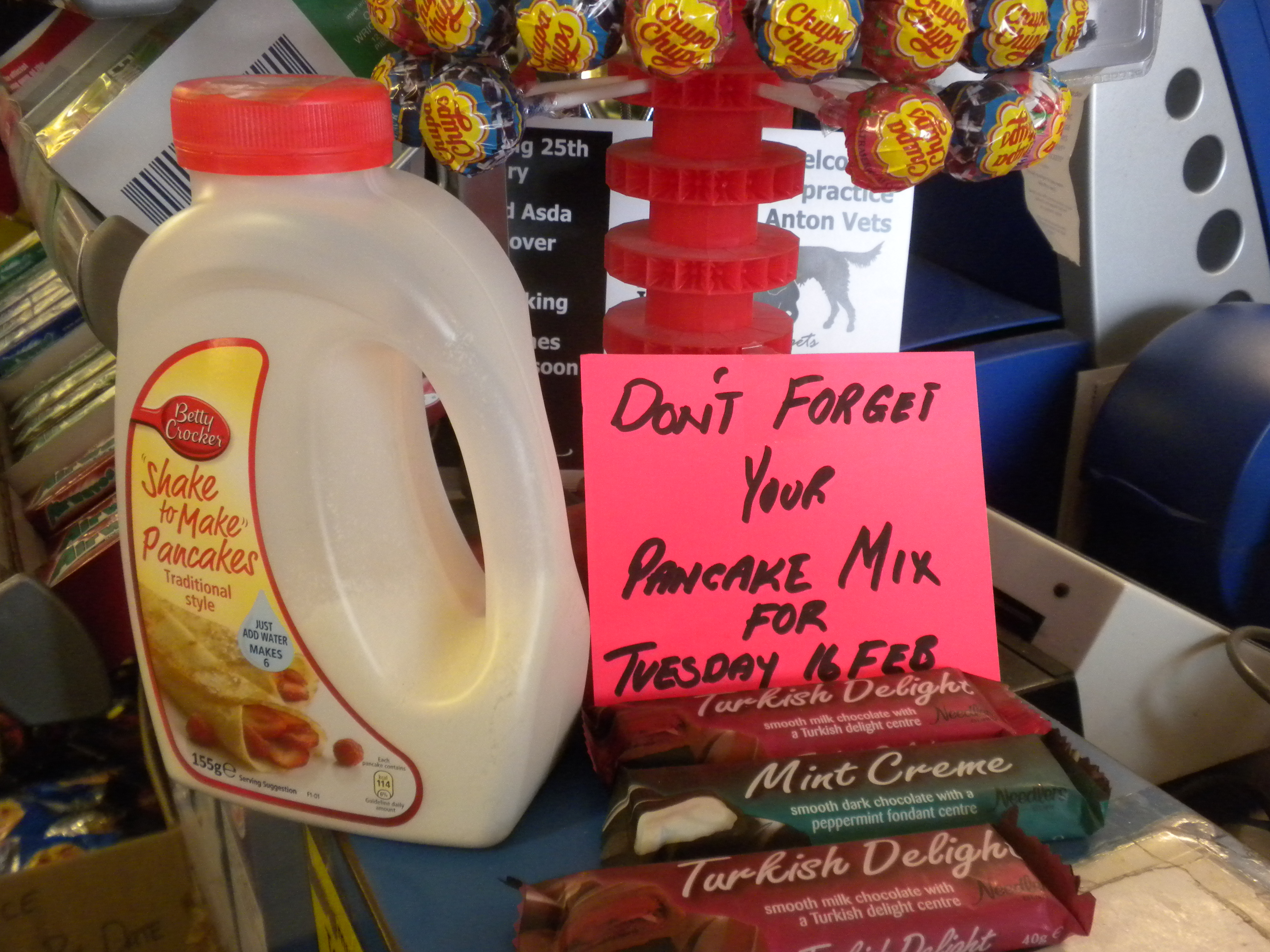