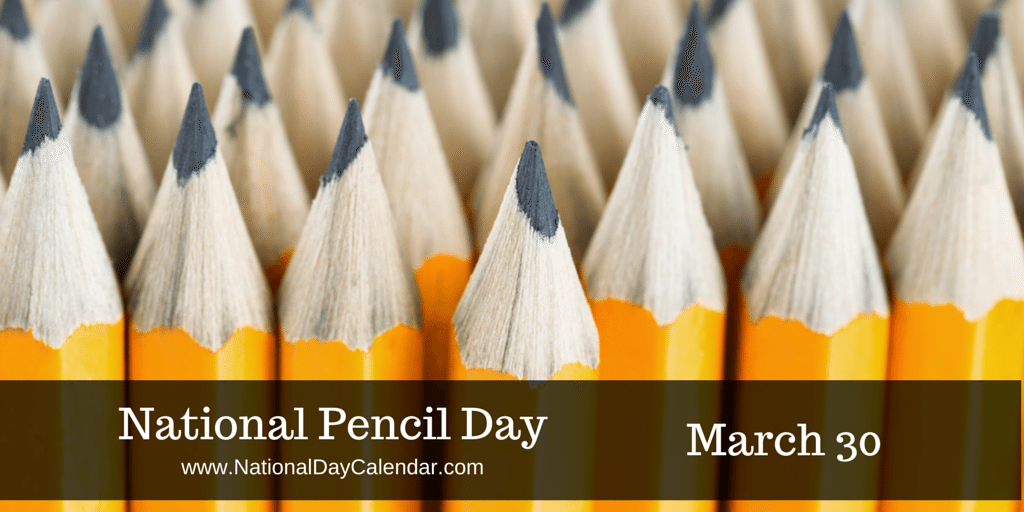 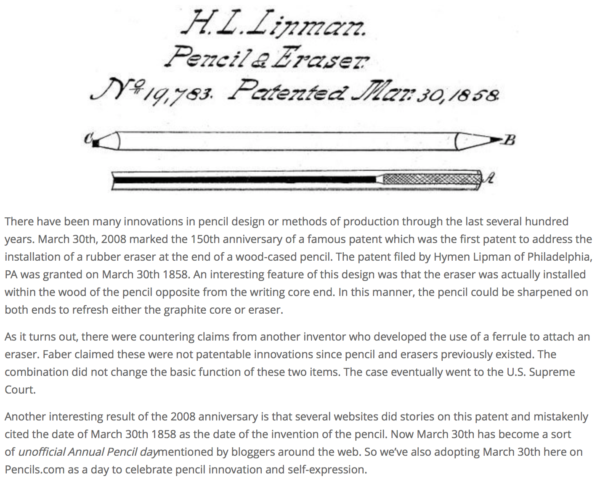 Why are pencils yellow? A pencil, painted yellow was introduced in 1890 by the L & C Hardtmuth Company in Austria-Hungary. It was their Koh-I-Noor pencil.

Kohj-I-Noor, the name of a famous diamond, was chosen because their pencil was the world’s highest quality pencil. And it was expensive. This use of yellow began a trend the other pencil manufacturers followed.

Thomas Edison had pencils specially made for him by Eagle Pencil. They were three inches long, thicker than standard pencils and had softer graphite than was the norm.

Vladimir Nabokov rewrote everything he ever published, usually several times, by pencil.

John Steinbeck was an obsessive pencil user, used as many as 60 a day. More than 300 pencils were used to write East of Eden.

Vincent van Gogh used only Faber pencils as they were “superior to Carpenters pencils, a capital black and most agreeable.”

Johnny Carson played with pencils at his Tonight Show desk, specially made with erasers at each end to avoid accidents.

Roald Dahl used only pencils to write his books. He had six sharpened pencils ready at the beginning of each day. Only when all six became unusable did he sharpen them.

Unknown fact: who created National Pencil Day? If anyone reading this knows, please email us contractus@dullmensclub.com.