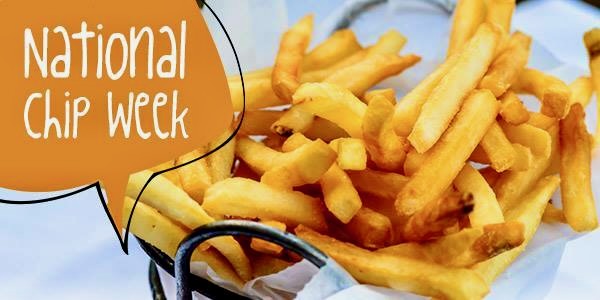 “Would you like chips with that?’ — a question waiters frequently ask in the UK, even in Indian and Chinese restaurants.

Chips are regarded as the National Dish of England.

The oldest evidence of chips in history was in 1680 in Belgium. They replaced fish during the winter months. Rivers would freeze preventing fishing. Potatoes were cut into fish shapes and deep fried.

Sir Walter Raleigh introduced potatoes to England from America in the 1800s. In 1817, a cookbook published by William Kitchiner included a recipe for chips. “The Oldest Fish & Chip Shop in the World” that opened in Yeadom near Leeds in 1867 claims to be the first “Chippie,” although there is controversy about this: “A dash of vinegar on the chip shop claim” in The Guardian. Chippies also opened soon in London and Oldham.

Fish and chips played an important role in keeping Brits fed during the Second World War. It was one of the few non-rationed foods. Another interesting role in the war: It was the code word during D-Day landings. A solder would call out “fish” and wait (hope) to hear “chips.”