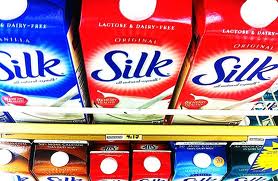 Ever wonder who invented the milk carton? Maybe you haven’t, but the odds are you’ve had milk from a carton at least once in your life. Here is some history on the invention of the milk carton as well as a few facts.

Before milk cartons came along glass bottles were used to hold milk. They were heavy to transport, breakable and it took a lot to deliver and clean them for reuse. Because of this, people starting looking for better alternatives to glass milk bottles.

The first milk cartons were distributed in the San Francisco area as early as 1906, but there were still improvements to be made. The paper could disintegrate from the moisture so manufacturers later solved the problem by covering cartons in paraffin wax. Animal glues were used to seal the cartons, but the glues didn’t work well and would contaminate the milk making it go bad. It wasn’t long before cartons were taken off the market.

In 1915 John Van Wormer received a patent for his folded paper milk carton referred to as a “paper bottle.” Van Wormer, who owned a toy factory in Toledo, Ohio was prompted to create a carton after dropping a glass bottle of milk. His cartons were delivered to dairies flatten form. The dairy could then fold, fill and seal the cartons. Because the cartons could be thrown away instead of being reused Wormer’s product was called “Pure-Pak.”

Ten years later Van Wormer had created a machine to form, fill and seal the paper Pure-Pak containers. The American Paper Company later acquired the patent and worked to perfect the machines building the first six between 1929 and 1934.

In 1934 Ex-Cell-O Corporation, a Detroit automobile machinery manufacturer acquired the rights to make and distribute the Pure-Pack system.

Now here are some interesting facts:

1. The spout on the milk carton did not appear until the 1960s. Previously cartons had to be cut open to pour the milk.

2. In the 1980’s, milk cartons started to feature faces of missing children and their descriptions in an effort to recover the missing children. Thousands of children have been found due to this effort.

3. Milk cartons are now used to hold other liquids such as half and half, soups, wines, water, and products such as detergents and fabric softeners.

4. Milk cartons are disappearing in school cafeterias. More schools across the United States are switching from milk cartons to plastic bottles. You may also notice the trend in grocery stores.