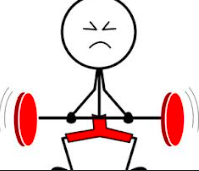 Is there a difference between the two terms? If not, is one to be preferred?

I’m always amused when objections to idioms are raised on grounds of logic. “Try and” followed by a coordinate verb is an idiom; idioms don’t have to be logical.

Nevertheless, a lot of speakers object to the use of “try and do” instead of “try to do.” What do the authorities think?

Merriam-Webster is unambiguously supportive:   Almost all disparaging criticism of “try and” comes from American critics; British commentators have generally been tolerant. There appears to be no rational basis for hostility to the expression and no need to avoid it in appropriate surroundings.

The OED includes an entry for “try and,” but still labels it as a colloquialism.   Oxford Dictionaries observes that “In practice there is little discernible difference in meaning, although there is a difference in formality, with try to being regarded as more formal than try and.

Even M-W, with the reference to “appropriate surroundings” implies that “try to” is preferable for formal use.