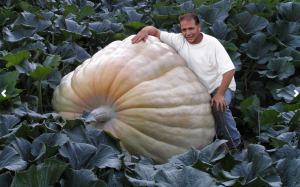 Ron Wallace from Greene, Rhode Island is the first person in the world to grow a pumpkin weighing over a ton. In 2012 he grew a 2,009-pound pumpkin. This was the Holy Grail of giant pumpkin growing — it was what breaking the sound barrier was to aviation and running the four-minute mile was to sports. Pumpkin growers have been trying to do this for decades.

How was this done? “Year-round work,” Ron says. “Start with the right soil and the right seed. And then spend hours upon hours toiling away as the pumpkins grow.”

Ron spends 20 to 40 hours a week on his hobby. He has been doing this for 30 years. He has a day job as well — general manager of a country club. 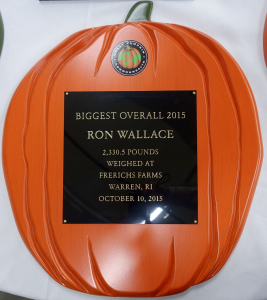 The growers are competitive. When they get together like did they did at the annual meeting of the Great Pumpkin Commonwealth that took place in February 2016 in England, they display the weight of their largest pumpkins on their name tags. 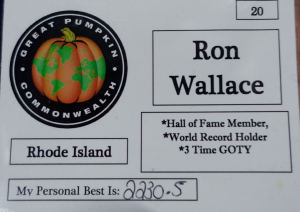 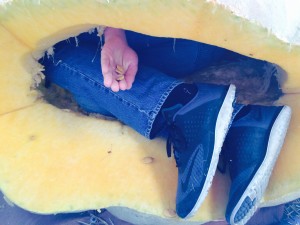 Ron getting seeds from pumpkin

The pumpkins grow at the rate of 40 to 50 pounds a day. Watching them grow like this is the type of safe excitement that we dull men like. 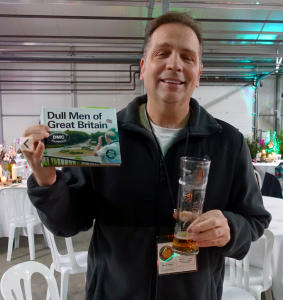 Ron has appeared twice on “Martha Stewart Living,” twice on “Live with Kelly and Michael,” and once on ABC’s “The Chew.” He’s been featured in stories aired on NBC’s “Nightly News,” ABC’s “Evening News,” CBS’s “Sunday Morning,” and CNN. 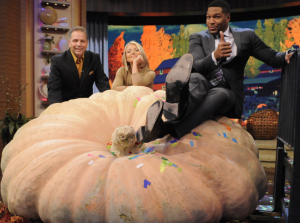 Ron and 2,009 pounder on “Live with Kelly and Michael”

There are practical uses, broader applications, for what these pumpkin growers have developed. Medical marijuana growers interested in increasing yields are learning from pumpkin growers.

“I really feel that giant pumpkin growers are shaping how the world grows produce,” Ron says. “We are doing a lot for farming.” 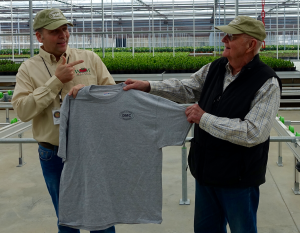 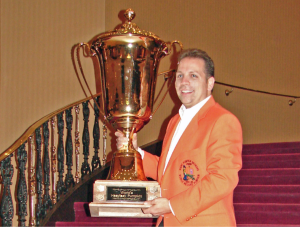 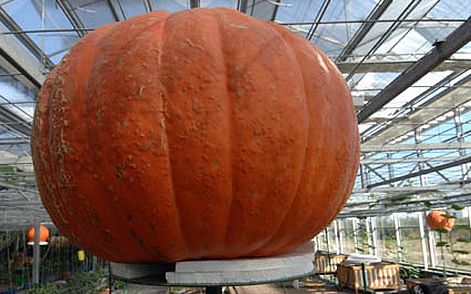