"Redefining Success and Celebrating the Ordinary" 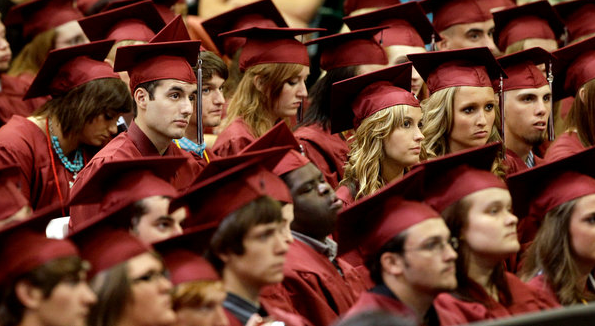 Even in Garrison Keillor’s Lake Wobegon “all the women are strong, all the men are good looking, and all the children are above average”.

The article builds upon a commencement address, “You’re Not Special,” given at Wellesley High School in Massachusetts that went viral. The address was given by one of the school’s English teachers, David McCullough Jr. (son of David McCullough, Pulitzer Prize-winning historian).

After citing accomplishments of the graduates, McCullough said, “But do not get the idea you’re anything special. Because you’re not.”

McCullough doesn’t disagree. He points out, however, that if everyone is special, then no one is special. The problem, as he sees it, is that we have come to love accolades more than genuine achievement. We want something to put on the mantelpiece, something to pose with, something to crow about, something we can use to leverage ourselves into a better spot on the social totem pole. No longer is it how you play the game, whether you learn and grow, whether you enjoy yourself doing it. It’s become “So what does this get me?” Instead, we should be climbing the mountain not to plant the flag but to enjoy the experience — to enjoy the challenge, to breath the air, to take in the view.

The Times article mentions an observaion of Brene Brown, author of The Gifts of Imperfection: “In this world, an ordinary life has become synonymous with a meaningless life.”

Also comments from the author of The Gift of an Ordinary Day, Katrina Kennison: “Ordinary has a bad rap, and so does settling — there is the idea that we should always want more. But there’s a beauty in cultivating an appreciation for what we already have. That’s not easy, especially in affluent areas where success — or the perception of success — is like a drug that we can never get enough of.”

A talk about parenting the average child was scheduled at a school in Marin County, California. The talk was to be given by Madeline Levine, psychologist, author of Teach Your Child Well: Parenting for Authentic Success. No one showed up.

But then there’s the example of Shelagh Gordon who, when she died, was the subject of a Toronto Star column. Headline: “Shelagh was here — an ordinary, magical life.” Shelagh did not have a great job, was never married, had no children — seemingly not successful in the traditional sense. Shelagh’s legacy was her kindness, her relationships with people.

How, then, should we be living? How about adhering to character values similar to Shelagh’s. Kindness, service to others, self-control, gratitude, integrity, compassion? How about avoiding “moreitis”?

Alina Tugend’s article in the Times ends with the last paragraph of George Elliot’s Middlemarch:

“For the growing good of the world is partly dependent on unhistoric acts; and that things are not so ill with you and me as they might have been, is half owing to the number who lived faithfully a hidden life, and rest in unvisited tombs.”