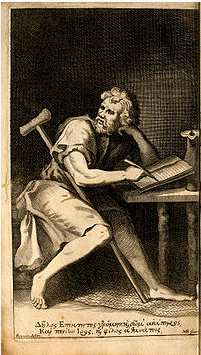 Speaking of the Golden Rule, it’s interesting to find that it is in the teachings of practically all religions and philosophies:

Epictetus has been mentioned twice so far in this posting. We read up on him and found several things he said that are aligned with living an ordinary life: