Competition gets ugly at the
World Gurning Championships.

Gurning is making a grotesque face. But don’t worry: gurning is safe, your face will return to its original shape.

The word “gurn” is thought to have been derived years ago from “grin.”

Gurning is sometimes described as a grin gone wrong.

Gurning contestants traditionally frame their faces through a horse collar.

People with no teeth have greater gurning capabilities; with no teeth, there is more room for the jaw to move farther up.

The most notable gurning contest is the one held each year at the Egremont Crab Fair. The fair dates back to 1267. King Henry III granted a Royal Charter to the fair.

Winners in recent history, 1945-2009, are listed on the official website of the Egremont Crab Fair click here. 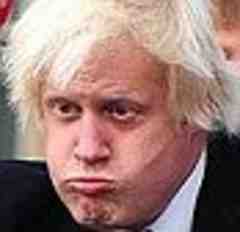