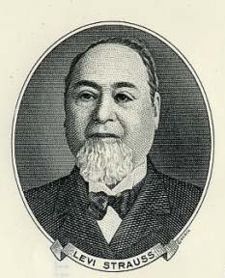 On opening day a prospector walked in and asked what they were selling. Strauss told him they had canvas for tents and wagon covers. The the prospector said, “You should have brought pants, the pants around these parts are not strong enough.”

Levi Strauss had the canvas made into pants. They were called “waist overalls.”

Although miners liked them, they complained that the pants chafed. So Strauss switched to a twilled cotton cloth from France. The cloth was called “serge de Nimes.” The fabric later became known as denim and the pants were nicknamed blue jeans.

Starting n 1873 Strauss teamed up with Jacob Davis, a Latvian tailor in Reno, to develop a process that made the pants stronger by using rivets to secure pockets and other seams.

The two-horse brand design was first used in 1886 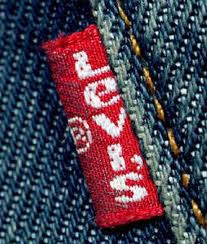