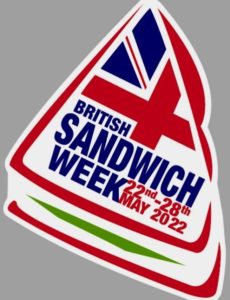 British Sandwich Week, which takes place between 22nd-28th May, is organised by The British Sandwich & Food to Go Association, the trade body established in 1990 to represent the interests of  businesses involved with the food on the move industry.

Members range from supermarkets and food to go manufacturers to sandwich bars, cafes and the suppliers of ingredients and equipment for the industry. As well as representing the interests of members to Government, the Association sets industry standards and organises events such as British Sandwich Week and the annual British Sandwich & Food To Go Industry Awards, also known as the ‘Sammies’.

According to research by Lumina Intelligence 33% of consumers are bored with making the same lunches at home and are seeking inspiration and variety.

From France to Japan and everywhere else around the globe the British sandwich is establishing itself as one of the great foods of the 21st century. The key to the success of sandwiches is that, not only do they taste good, they are versatile and fit busy lifestyles.

During Sandwich Week, retailers will be launching new sandwiches and running special promotions and offers.

The sandwich is named after Lord John Montague, the 4th Earl of Sandwich. He liked to gamble. He liked it so much he didn’t take time out to eat. He would ask a waiter to bring him slices of meat between two slices of bread. Others began to order ‘the same as Sandwich’. The concoction became known as a sandwich.

As part of Sandwich Week, there are awards for 14 categories of sandwiches. The awards are called ‘Sammies’. Click here to read about Sammies’ categories and to see the shortlists.

There’s also a top award: The Lifetime Award. It’s for an individual or business that has made a substantial contribution to the development of the industry. An early winner of the Lifetime Award was, of course, The Earl of Sandwich. Other winners have been Julian Metcalfe and Sinclair Beecham, from Pret a Manger, and Marks & Spencer.