‘Born to Be Mild’ in Brooklyn Film Festival 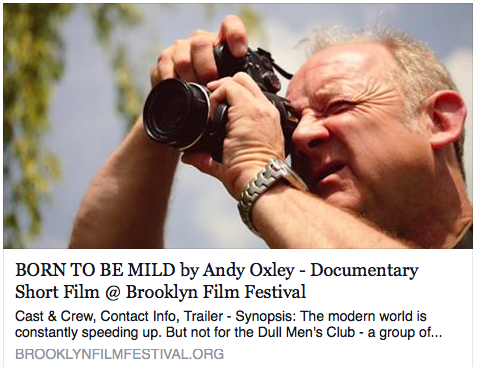 Tonight showing at 10:30 p.m., unfortunately past the bedtime of dull men. Some of us will try to stay up later tonight to be there.

We were at the screening Thursday night when it was shown at 6:00 at the Wythe Hotel’s thearter. The audience was chuckling throughout the film (dull men like to hear chuckling, it’s our favourite type of laughter). There was nice applause afterwards and an interesting Q&A session after the screening of the group of six films that BTBM was in had completed.