A kid's meal of choice: Swanson TV Dinner (some years back) 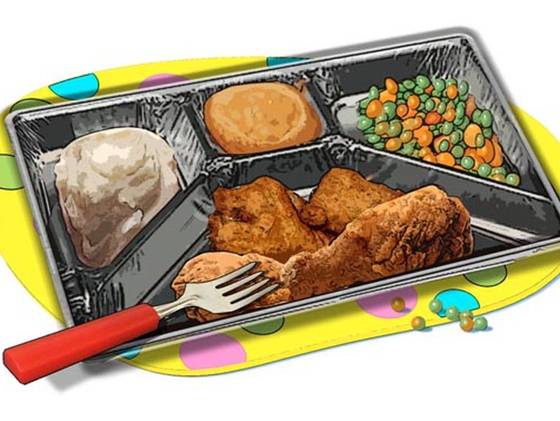 Swanson TV dinner — long a meal of choice for us dull men. That’s why we were pleased to see the article “Kid’s meal of choice” by Craig Wilson in today’s USA Today.

Wilson writes about his meal of choice when he was growing up. He has been reflecting on this after an 8-year-old winning a cooking contest using her great great grandmother’s fudge recipe.

What he particularly liked was that the various kinds of food in the tray did not touch. He confesses that this no doubt was an early sign of his need for order — everything on the tray was in it proper place:

“The chicken was showcased right up front, as it should have been. After all, it was the entree. To the top right was the medley of peas and carrots, to the left in their triangle were the mashed potatoes, and anchoring it all, in the little square of its own, was the apple cake cobbler.”

Everything in order, in the proper places —  that’s near and dear to hearts of dull men.